Skip to the content
Home » Our Blog » When Should Your Church Re-Screen Employees and Volunteers? 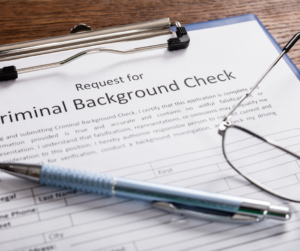 Recently, a church found itself at the center of every congregation’s worst nightmare; One of its former volunteers is accused of sexually abusing several children he met through the church. The worst part is that these newest charges come years after similar allegations plagued the man and the church.

Once a clean record, not always a clean a record

Unfortunately, insider threats like these can happen at any ministry, and frankly, any non-secular establishment. Preventing harmful acts – things like abuse, embezzlement, violent crimes, and theft – is one of the main reasons many ministries conduct background checks on new employees and volunteers. Background checks are the single most effective tool at protecting the hundreds, if not thousands, of people who come through your doors every week. But just because an employee or volunteer passed an initial background check, doesn’t mean his/her circumstances haven’t changed that would make him/her a concern to the church.

Ministries have some of the lowest re-screening rates. As reported in “The True Cost of Stewardship” in the November/December 2015 issue of Church Executive (which our Protect My Ministry team wrote), tough budgets are often to blame. Legal issues, privacy concerns, and worrying about appearing untrusting of your ministry members also play a role in deciding against follow-up background checks.

When re-screening is the right move

There are concrete instances, though, where re-screening employees and volunteers is appropriate and necessary. Here’s three of them.

An internal move: When employees change positions, either laterally or vertically, or volunteers begin serving in a new role, they will undoubtedly have different responsibilities. In some cases, they may have greater access to sensitive information, church funds, or children. Promotions may come with benefits like the use of a church vehicle or a key to the building. All of these new access points put your church and its people at risk if you haven’t properly re-screened the employees and/or volunteers. For example, re-screening will examine a person’s driving and criminal record and show you any new offense you may not know about.

A workplace incident: It is your responsibility to ensure your church is a safe place to work. Failing to do so could leave the church vulnerable to a negligence lawsuit. A workplace accident is a good indicator that an employee or volunteer needs to be re-screened. You may uncover substance abuse through a drug test. You may learn of a huge financial burden that is causing your employee or volunteer stress and anxiety. In both instances, you are now in a better position to counsel them both professionally and personally through the word of the Lord. From a liability standpoint, you will have shown due diligence in keeping your workplace safe.

Unusual Behavior: If an employee or volunteer starts acting out or exhibiting otherwise odd personality changes including, but not limited to, tardiness, rudeness, and uncleanliness, it’s time for a follow-up background check. Many secular employers already have a policy that unusual behavior can lead to a random drug test. Ministries may want to strongly consider beefing up this policy to include a full re-screen, because while personality changes can indicate substance abuse, they can also mean something else (a mental health issue, divorce, a child’s illness) is going on. This is a time to be cautious so your congregation isn’t affected by the issue, but also an important step to take to prevent an outside problem from becoming an insider threat.

The most effective way to incorporate re-screening into your employment/volunteer guidelines is to make it a mandatory requirement. A study done in 2012 by the Employee Benefit Research Institute showed the average length of employment for Americans is more than five years. Use that as a benchmark and re-screen employees and volunteers every five years. That way, you’re ensured you’re also keeping new hires and veterans to the same standards.

In the case of the church mentioned in this article, if the former volunteer had been re-screened within that five year time frame, ministry leaders may have been better equipped to handle the initial allegations of child sexual abuse and prevent him from hurting more of the church’s children in the future.